The land Of Ancestral Havelis – Jaisalmer

Rajasthan is well known for its Beautiful Havelis. Many of them you will get to admire in Jaisalmer. In ancient times, the mansion used to be the home to the great kings. They used to live with their families, but after the British rule, the monarchy was over. And then these havelis were kept for the tourist destination.

The various havelis and mansions of Jaisalmer are a shadow of the rich history of Rajasthan. A huge number of visitors come to Jaisalmer to catch a glimpse of these havelis.

Here we will give you a short glimpse of the most attractive Haveli:- 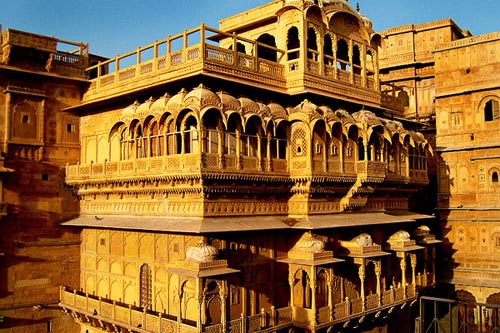 In the top of our list, we have Patwon ki Haveli built between 1800 and 1860. An architectural wonder of the bygone era, Patwon Ki Haveli is one of the central attractions of Jaisalmer. It is a five-building complex built by a merchant for his five sons. And its exterior portions are immersed in a charming shade of gold.

It said that he was so wealthy that he used to advance loans to the kings. This grand building is a pleasure to watch and takes at least 2 hours to explore. The Patwon Ki Haveli is famous for its fashionable mirror work and fine wall paintings.

The haveli has now been converted into a museum, which displays a wide collection of antique furniture and decorative items.

In haveli, there are also rich objects in the third mansion in the premises, which include traditional art and craft works of local artisans. There is a rich collection of artifacts from how the people lived during those days.

There are 60 very attractive balconies which make tourists feel so good. 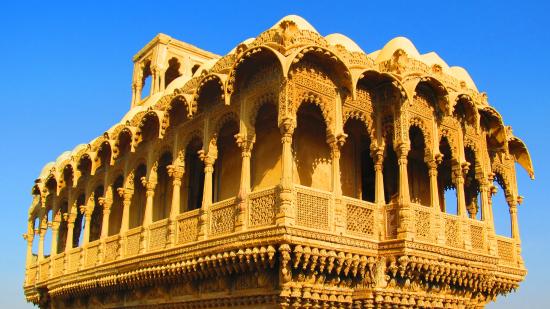 Now let’s move towards the most talked haveli of Jaisalmer, a 300-year-old magnificent piece of architecture, Salim Singh ki Haveli. The importance of this haveli along with its architectural wonder makes it one of the most attractive havelis in Jaisalmer.

He built this palace in the early 1800s during his government as a prime minister of Jaisalmer.

In the end time of his life, Salim Singh was wounded by a noble and while he started recovering, his own wife poisoned him. However, his growing ambitions proved to be his enemy because he was murdered due to rising aspirations for the throne.

The numerous architectural features of the Salim Singh ki Haveli is a big attraction for the tourists.

The haveli has a blue cupola rooftop. It also has beautiful stone carvings, splendid murals and latticed paintings.

This Haveli also has a number of rooms, corridors and frescoes. However, as history says, the haveli earlier had two more floors.

Currently, it has only five floors as the upper two tiers were destroyed as per the order of the king. The haveli also signifies the unique skills of the artists of that era. 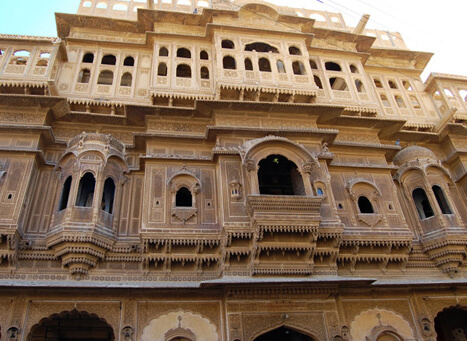 Located in the middle of Jaisalmer, Nathmalji Ki Haveli is highly praised for its marvelous architecture and complex carvings. It is built by two Muslim brothers in the 19th century. The grand Haveli served as the residence of the then Prime Minister of the city, Diwan Mohata Nathmal.

Here you will get the harmonious blend of Rajput and Muslim style of architecture.

As you enter the Haveli, you will get large structures of two elephants. These two structures are built up of yellow sandstone and are placed right at the entrance.

The creativity of the architects of this Haveli can be best understood through the numerous paintings display on the walls. Besides, its marvelous architecture also speaks highly of images of horses, cows and other animals, which are beautifully carved on the walls and pillars of the mansion.

During your Jaisalmer trip, a visit to one of these famous havelis is a must. In fact, Jaisalmer tours are usually considered incomplete without a visit to the haveli. However, it is always better to avail these tours from an experienced and expert tour operator as it will ensure that you have a great tour.